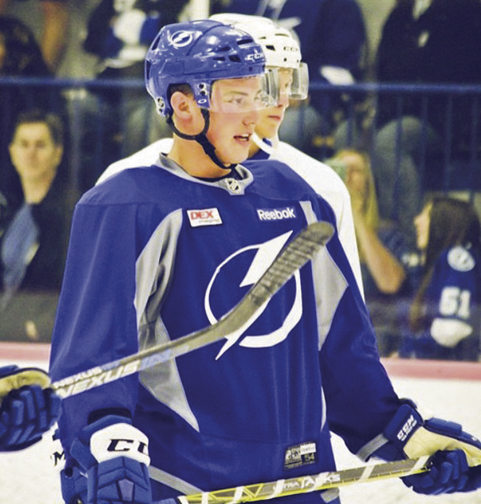 Colton, 24, played in 62 games for the Syracuse Crunch during the 2019-20 season, recording 11 goals and 42 points to go along with 64 penalty minutes. The 6-foot, 202-pound forward ranked first on the Crunch for assists with 31 and was second for points. Colton also tallied five power-play goals, ranking tied for third on the Crunch. He set career highs for assists, points, power-play goals, penalty minutes and game-winning goals (two) during the 2019-20 season.

The Robbinsville, New Jersey native has skated in 128 career AHL games, all with Syracuse over the past two seasons, recording 25 goals and 73 points to go along with a plus-7 rating and 100 penalty minutes. During his rookie season in 2018-19, Colton ranked third on the Crunch for goals with 14 and was fourth on the team with 31 points.

Colton was originally drafted by the Lightning in the fourth round, 118th overall, at the 2016 NHL Draft.

More than 6,500 of you answered the fanbase survey. Here are the results.

Which NHL team has the most annoying fanbase?

Quick stab at what TB looked like in Game 7 vs (no UFAs) what's on the roster now. Lines are rough projections, not debate openers. ;)

Yep. Biggest asset back was cap room. TB does need a LHD3 now.

I am sad to see McDonagh go.

However, I am curious. Does this free up some cap space to make a move for Palat?

Cleaning out storage. Ludzik and Dudley.